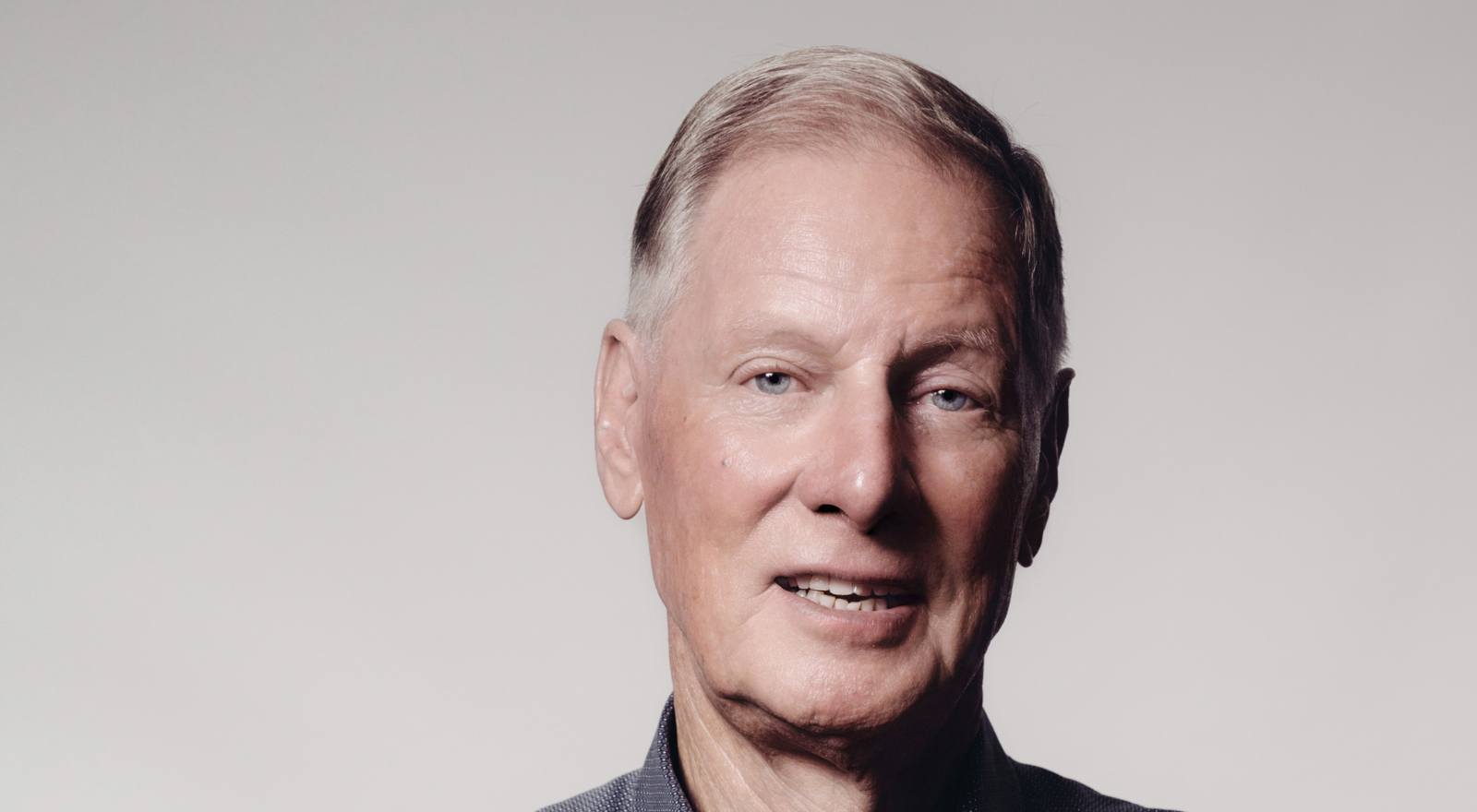 What are your childhood memories of growing up in South Yorkshire?

I was born in 1946 at the end of WW2. It was a time of huge economic turmoil in Europe**, not least in South Yorkshire where we had high unemployment (the benefits culture was endemic on our council estate and few adults had regular work). My Father had joined the army to escape the mines but now worked in the steel industry. Money was always scarce, and my brother and I were invariably dressed in second-hand, ill-matched clothes, of which my mother would only say ‘it’s clean and it’s paid for’. Both home and school had a ‘spare the rod’ ethos so ‘tough love’ probably best describes my childhood, although I bless my mother’s drive to educate my brother and me as a way out of the poverty trap.

You attended Oakwood Technical School in Rotherham, South Yorkshire now Oakwood High School. Did you have a passion or indeed loathing for any particular subject?

I couldn’t see myself fitting in with the ‘posh’ kids at the grammar school, so elected to go to the Technical High. The technical subjects were a great distraction from the mainstream, and my hidden, lapped, mitred dovetail joint in woodwork remains a major achievement of my life thus far! I was the only kid on the estate to stay on for ‘A’ levels where we had very small class sizes and I could not have wished for a better education.

How would you summarise your career journey to date?

I joined Lloyds Bank in Rotherham at 18 clad in a cheap, itchy suit and attacked my filing role with a vengeance. I went on to serve at 4 other branches in Yorkshire when at 22, I wrote around banks in Commonwealth countries, in pursuit of what I imagined would be a two-year stint abroad.

I was interviewed in London by a gentleman called Colonel Fowle for a job on the securities desk of Scotia Trust in the Bahamas. I was so impressed with the description he gave of life there that I wrote to him from the train, to say, ‘I really want this job’ and he duly obliged, despite having written on my notes (as I found out later), ‘speaks with a distinct northern accent’!

On 1st August 1969 I took my first ever flight from Heathrow, via Bermuda, to the Bahamas. I was later to buy a home there which I called ‘Innitot’ as those apparently were the first words spoken as I stepped off the plane. Hot it may have been, but the air quality certainly beat South Yorkshire and the social life and beaches were a joy. 2 years turned to 15, during which time I had switched to the ‘Trust’ side of the operation, and had a wonderful wife, children, loyal clients, and lifelong friends.

In 1984, Graham Rowland, a long-term friend, told me that his partner in a Trust Company in Jersey wanted to sell and was I interested in buying, to partner 50/50 with him. It took less than an hour of discussion to agree. 8 months later we arrived in Jersey and loved it from the very first day.

Business boomed in the 80’s and we latterly sold to and merged with a small banking group. In the heady days of the 90’s we saw further changes and ownership by Westpac and latterly Ansbacher. By 2000 I was ready for a change, so joined a 9-person Jersey Trust company with a remit to grow it. That Company is now Vistra, which employs over 5,000 people all around the world.

At the age 60, then Chair of Vistra, I moved to working independently in NED roles, supporting mainly long-standing clients. I am now largely retired, although I retain an involvement with one family, who I have known since 1974. 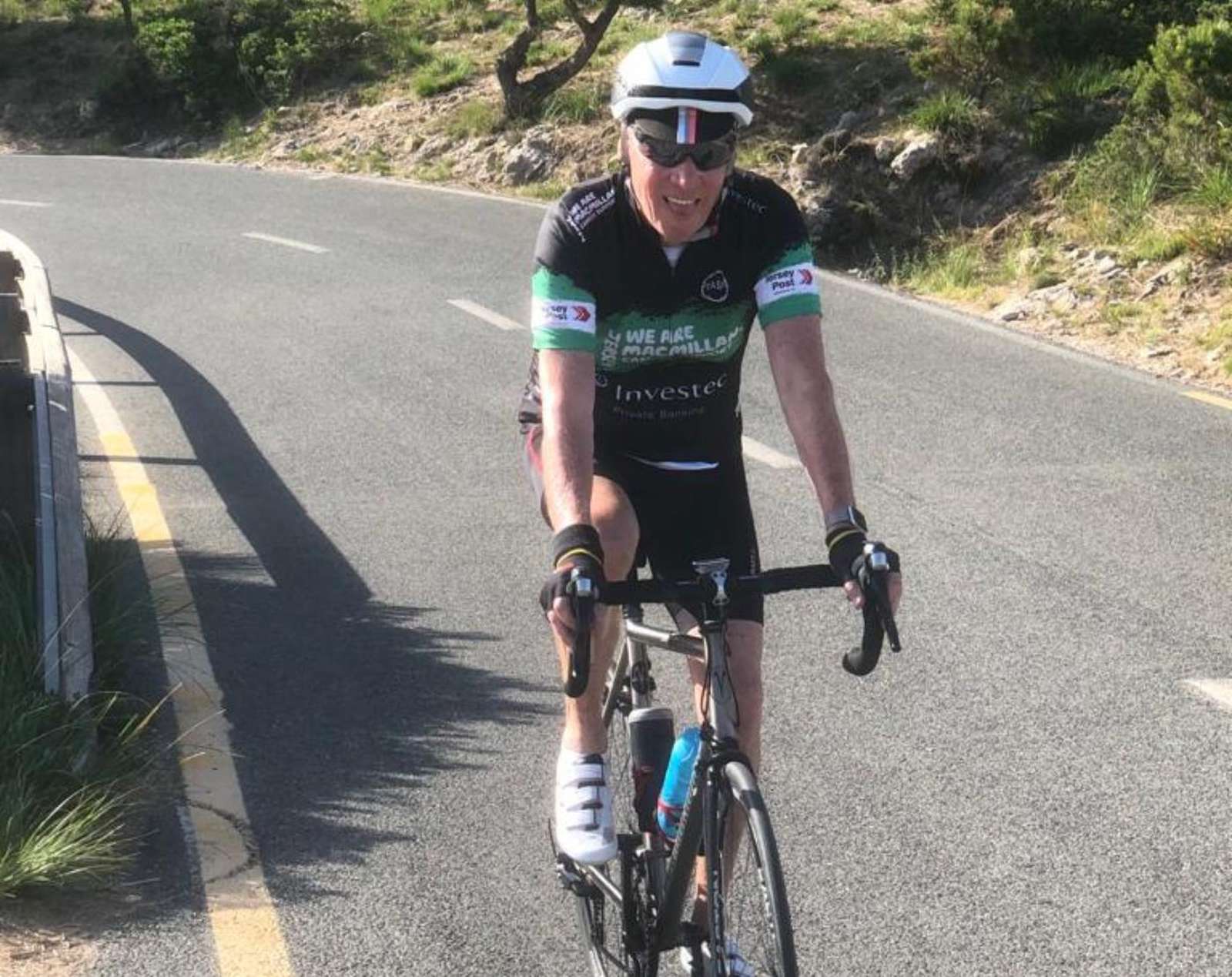 Employ the very best people for the job, whatever their age, gender, ethnicity, or cultural background (or accent) and then let them get on with it, supporting and encouraging them as needed. Their success will make you shine!

Have you had any great mentors or been inspired by anyone in particular?

At the age of 11 I acquired a job in a mobile shop, working Friday nights, Saturdays, and school holidays. It was a job I kept until I left school. The owner of the business was a man called Pete Harper who remained a wonderful friend throughout his life. Pete was an optimist, a fun guy and someone who gave me complete trust and freedom to learn from my mistakes. He also taught me to drive at a very early age.

What lessons have you learnt in business that will stay with you forever?

My schoolboy job was probably my finest education in business. It taught me the importance of buying and selling right and the cost of waste. Mostly, however, the importance of relationships and the art of finding and keeping the customer.

You became Chairman of Macmillan Cancer (Jersey) Limited in 2008 and were instrumental in the change from Cancer Backup Jersey to Macmillan Jersey in the mid 1990’s when the charity once operated out of a single room in St Aubin. Could you tell us more about this momentous achievement?

I became involved with Cancer Backup Jersey in the mid 1980’s, principally fundraising. Latterly, I became Chairman and was in this position when in 2007, we entered into a Collaboration Agreement with Macmillan UK to incorporate Macmillan Jersey. This agreement gave us autonomy and allowed funds raised in Jersey to be spent in Jersey. The Charity has been successful because of the inspirational leadership of Lauren Perchard-Rees as CEO, the best and most diverse board of directors I have ever worked with and the most amazing Volunteers and Fundraisers. I can now also verify their effectiveness from a Service Users perspective as I was diagnosed with prostate cancer earlier this year and the support and information I have received is truly as heart-warming as it is invaluable. 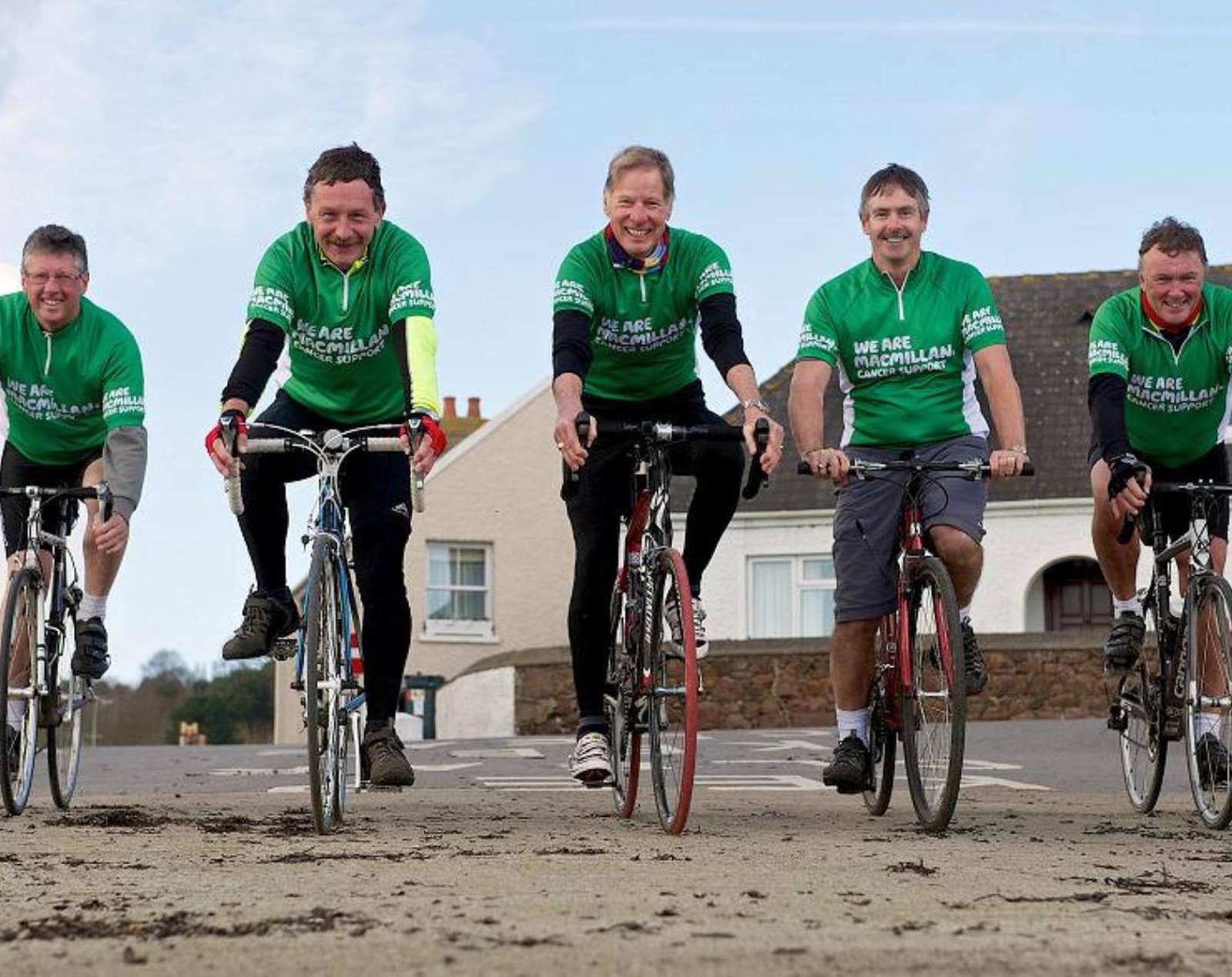 I have ridden in 15 countries in the world and continue to ride with Big Vern’s, a wonderful group who give each other great support and who have raised significant amounts for charitable causes. We ride for fun, for fitness, and to enjoy Jersey in all its seasons.

In December 2016 you cycled 100 miles in Ride London only 7 months after breaking your pelvis and then rode from Geneva to Nice 18 months later raising much-needed funds for Macmillan. Your fundraising efforts now reach in excess of £200,000. When did your love of fundraising begin?

I had been fundraising with Cancer Backup for many years, when in 2007, having not ridden a bike for several years and at the age of 61, I signed up for a challenge to ride in Vietnam to raise funds for Jersey Hospice. This remarkable event was life-changing and upon our return, 4 of us started a group called Big Vern’s Cycling which has gone on to do challenges for charity every year since. We ride for fun, for fitness, and to enjoy Jersey in all its seasons. I have now ridden in around 15 countries in the world and continue to ride with Big Vern’s, a wonderful group who give each other great support and who have raised significant amounts for charitable causes.

What did becoming a Fellow of the Institute of Directors mean to you?

It’s only recently that I’ve been aware of the expression ‘Imposter Syndrome’, but I think this was probably my reaction to being made a fellow of the Institute. I have been very fortunate to have the support of some truly talented people, and, with trust and cooperation, we seem to have moved (and cycled!) a few mountains.

What advice would you give to young directors/entrepreneurs of the future?

My advice would be to employ the very best people for the job, whatever their age, gender, ethnicity, or cultural background (or accent) and then let them get on with it, supporting and encouraging them as needed. Their success will make you shine!

Also, smile a lot. It makes people wonder what you’ve been up to!

Describe yourself in 4 words.

** 1946, The Making of the Modern World by Victor Sebestyen